A reminder why brands want to reach cyclists

We work hard at SignalYard but when the opportunity arises we go for a ride. Sometimes it gives you time to think, other times a chance to clear the lungs and get fresh air. In this case, it was a great reminder of just why so many advertisers want to talk to cyclists.

After taking up an invitation to ride the famous Gospel Pass I found myself joining 8 others for a jaunt around the amazing Welsh countryside, starting from Abergavenny, making our way over to Hay-On-Wye then the infamous Gospel Pass climb and amazing descent back toward the startpoint. 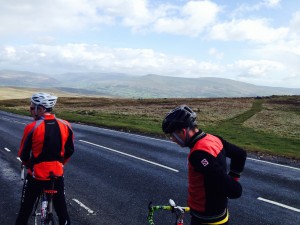 Whilst the ride was amazing, what struck me was the company I was in. It was a fairly typical group of MAMILs. Committed enough to take a day off in the name of riding, yet casual enough to happily stop for coffee and enjoy a 2 hour lunch afterwards (a well earned pint and amazing food at The Hardwick http://www.thehardwick.co.uk).

At the start of the day I hardly knew anyone but, over the length of the ride, got to know them one by one and realised that over half owned their own business and those employed were in senior positions in a range of sectors. What drew us all together was the joy of a bike ride but what the group also had in common was spending power and appeal to advertisers.

I know I work in a buoyant industry – Most of those involved in the cycling industry have read and regularly cited the British Cycling & LSE report which outlines how the UK cycling economy is worth £3bn a year.

We know what the stats say but what’s really great is when you get a chance to head out on the bike and all the positive stories we tell our clients about the value of cyclists are confirmed by the people that we are riding with!